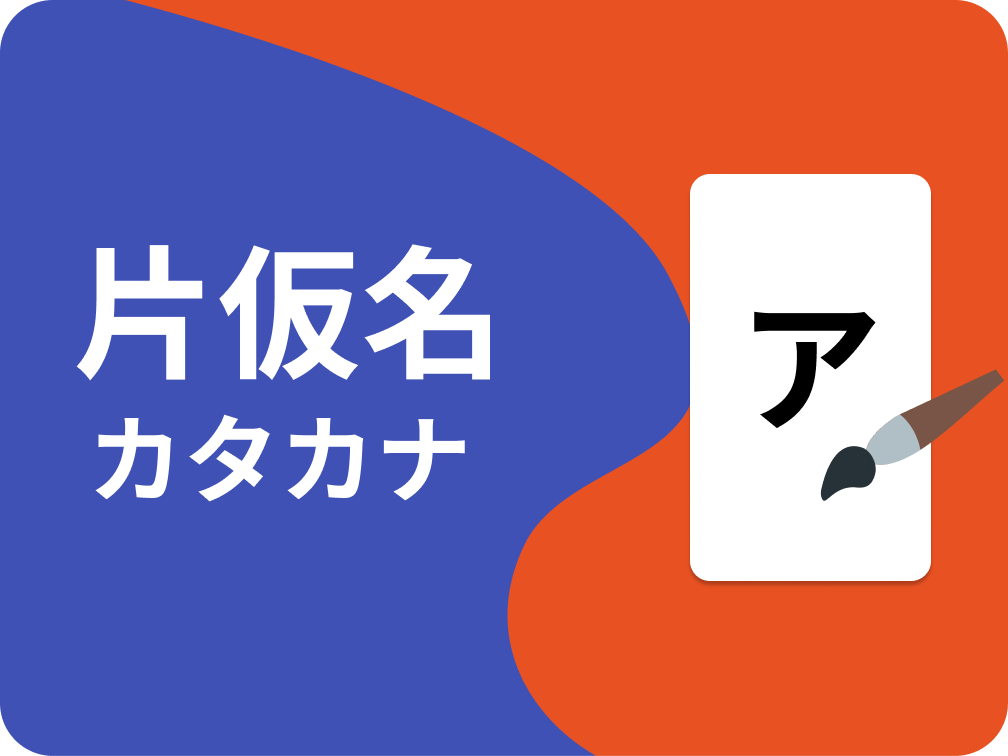 Katakana is like hiragana and represents phonetic sounds. The major difference between hiragana and katakana is when they are used. Katakana is used primarily for loan words from other languages. In particular words such as foreign names, foods, places and loan words. All of these words are mostly written in katakana.

There are a few noticeable differences in the table above. シ is written as ‘Shi’ instead of ‘Si’,

チ is written as  ‘Chi’ instead of ‘ti’, ツ is ‘Tsu’ rather than ‘Tu’ and finally フ is ‘Fu’ not ‘ Hu’. These are written this way as it is closer to the actual sounds would be written in English. This process of writing hiragana using latin letters is called romaji. When you are starting out it is completely fine to use romaji until you master hiragana.

Hiragana can also be used for more sounds, these can be created by adding softeners, these change a ‘K’ into a ‘G’ and ‘S’ into a ‘Z’ sound. Think about where your tongue is in your mouth when you say these sounds and it makes more sense. The second change is that ‘H’ can be changed to a ‘P’ as well. Take a look at the hiragana below to see the modified sounds.

There are two ‘Ji’ and ‘Zu’ sounds in this table.ヂ and ジ are both romanised as ‘Ji’ but じ is more common. Forズ and ヅ they are both ‘Zu’ but ズ is used more frequently.

Katakana has one last set of sounds which are contracted sounds. These are from the original base set of hiragana but always are combinations of the ヤ  ‘Ya’, ユ ‘Yu’, ヨ ‘Yo’ and a consonant sound.

Katakana is also used for describing sounds and onomatopoeia, and often seen in comics. So if you like anime and want to read original manga in Japanese, it is good to know katakana for your understanding. Also your name is likely to be written in katakana unless you have a name in kanji.

Hint: The lines in katakana are much more straight and less complicated than that of hiragana, so although it is another set of characters, learners often say it is much quicker to master than hiragana. There are some letters which have a very similar shape to hiragana, so that is a bonus, too.

If you want to learn katakana and how to write it why not try it out on the Kaizen Languages app.

Good luck with katakana as well!